The Mermaid & the Selkie. The Magical Lanternaium. 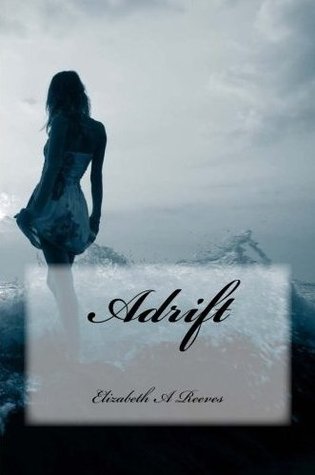 However, New York Transmission Owners argue that the transmission rights allocated in New York to support native load are not currently consistent with guideline 2 because they are allocated annually and the quantities may not be the same each year. To fix the quantities from year to year, they argue that NYISO would presumably have either to reduce the quantity allocated, create counterflow rights, or eliminate the simultaneous feasibility test, all of which could create congestion rent shortfalls in the day-ahead market.

Hence, they argue that it is critical that the Commission ensure that NYISO and stakeholders have flexibility in the development of the rules for long-term rights. TAPS argues that the full funding guarantee would place the burden on the transmission organizations to be accountable for the performance of the transmission rights that they allocate. New England Public Systems argue that full funding is consistent with the underlying principles of Order No.

Under Order No. Transmission providers also bear redispatch costs, which provided a further incentive to expand transmission capacity to accommodate known or predictable uses. APPA similarly argues that full funding is consistent with section b 4. A few commenters, such as TAPS, also include rights to renewable generation resources. Hence, full funding would only extend to that quantity of rights. PJM agrees that a limited application of full funding is feasible. A number of parties note that full funding will require a consistent approach to transmission planning and expansion to minimize the potential for cost shifting.

We address the relationship of long-term firm transmission rights and transmission planning and expansion in Section II. BPA suggests that while locational marginal pricing may not be the congestion pricing model adopted in the Pacific Northwest, the principles underlying guideline 2 should be upheld.

Third, decisions of siting authorities and input of stakeholders significantly affect location of new facilities and when they are brought on-line. Fourth, due to the nature of power flows in a large regional transmission organization, it may be difficult to determine exactly which transmission owners are responsible for changes in transmission capability. Fifth, just as important to revenue adequacy as building new facilities is the design of the transmission rights and the modeling used in their allocation.

IPL notes that since a proposed transmission facility required for purposes of transmission rights held by others may have limited local benefits, state approvals may be difficult to obtain.

IPL and Reliant argue that the Commission should not attempt to use the revenue sufficiency rules for long-term rights as an incentive for transmission investment, which is better addressed through separate incentives. MSATs note that transmission owners that are transcos firms that own regulated transmission assets only would be particularly problematic because such firms do not hold FTRs.

MSATs ask that the Commission recognize that such a requirement would directly conflict with the transco business model for two primary reasons. First, transcos are neither transmission customers nor market participants. Hence, requiring transcos to take a position in the transmission rights markets would be inconsistent with their business model.

It would also be inequitable to transcos. Second, transcos rely on a revenue stream that is far more concentrated than that of a vertically integrated utility.